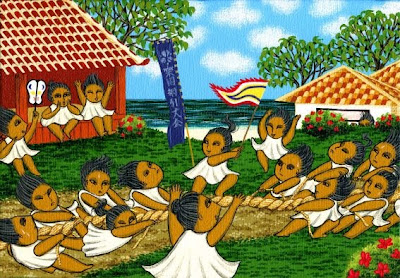 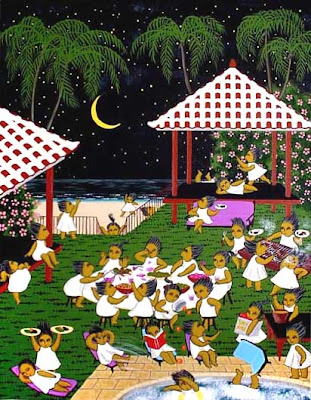 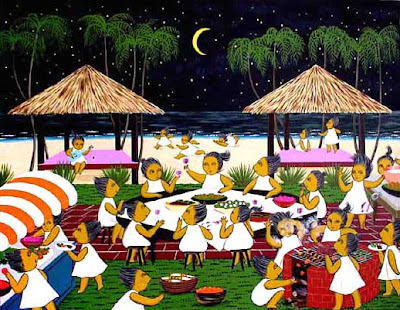 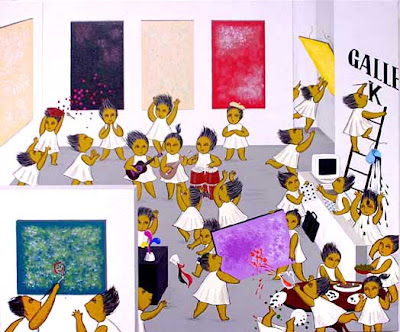 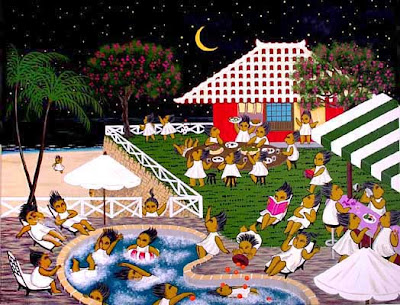 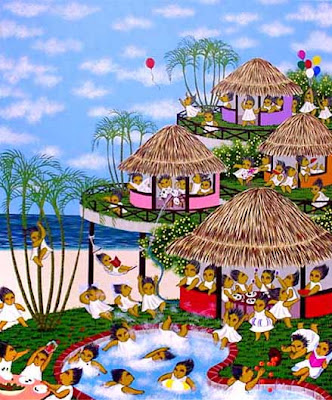 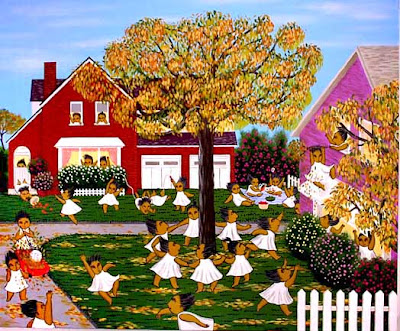 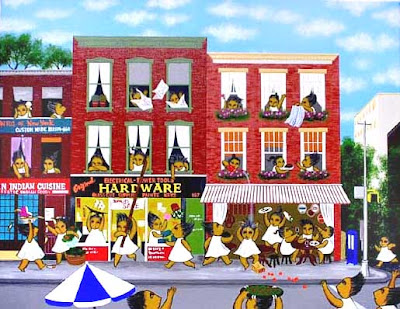 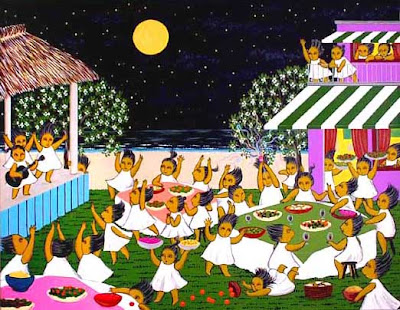 Kyoko Nakamoto grew up in the small Japanese Island of Okinawa, a land that seems to maintain a climate of everlasting summer, rich with blue seas and skies and an infinite array of flowers.

As a child, Nakamoto was found to be discovering a talent for art by scribbling on the walls of her childhood home, needing an outlet to fulfill her ambitions to be an illustrator.

From these scribblings as a child, she went on a quest which has presently taken her to her own illustration studio where she desighs book jackets, posters, maps, etc.
Her childhood ambitions have also come to reality and in her acrylic paintings with their bright contrasting colors and their precise animator's lines. Each of these paintings reveals bright and concentrated scenes through which she attempts to elicit a joyous reaction.

Nakamoto describes this emotional process as exerting herself to "find paradise in my mind." By plumbing the depths of her mind, she wants to bring a gift in the form of happiness to the world. This goal has been met with much success.
Besides having won multiple OKITEN Awards, her works, that are often described as Asian Naive Art.

"Find paradise in my mind."